p style=”text-align: left”>Hello Readers…from time to time I’ll bring in a guest blogger who’s vision is aligned with mine, albeit housing, sustainability, music, or our Slow Life here in Sonoma County.  Introducing Irene Turner, owner of Irene Turner at Home, an international interior design firm based here in Sonoma County.  Irene’s mission is to create and share beauty in all forms that uplift the spirit and make people feel good.  Here she talks about a couple of my key interests…sustainability and Jack Johnson’s role to inspire people through his music to impact their world.  Please welcome Irene Turner. 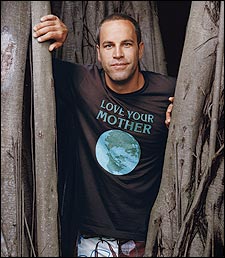 If you think that one person can’t have an impact, think again.  A couple of weeks ago my cousin from Germany came to visit us with his family.  His oldest son has only been studying english for two years and seemed to be fluent.  One way he was taught English was an assignment to find something to memorize.  He chose Jack Johnson’s song the 3 R’s.  He not only learned all the words by heart, but he also did a whole report, in english, about the 3 R’s, with Jack Johnson’s lyrics as the bases, and started a 3R campaign in his school!

What exactly are the 3 R’s?  For those of you who don’t know…here from Sheryl Eisenberg and the Natural Resources Defense Council is the simplest explanation I found…

For those of you who have children, the National Institute of Environmental Health Sciences has a great kid’s page to help teach them these habits.  Wouldn’t it be great if all our kids learned this at home and in school, by our example and through educational investigation?

The point of this whole matter for me is that Jack Johnson, one man who is environmentally minded created a song (see the video below)… And, established the Johnson Ohana Charitable Foundation, to support environmental, art and music education now and into the future. As part of his 2010 world tour, the Johnson Ohana Charitable Foundation will offer direct and matching donations to All At Once partner non-profits. Jack Johnson will once again donate 100% of his 2010 tour profits (as he did in 2008)  to charity.  His influence is such that he inspired one child around the world in Munich, Germany to memorize his song, and lead his class in a 3 R campaign.

While we all may not be Jack Johnson, we, each and every one of us, can start practicing the 3 R’s today and teach our children and grandchildren to leave our world a better place then how we found it!

Nature is God made visible. Nature is God known through our senses. When we love and serve nature, we are worshiping the Supreme Being.
~ Amma

Saving our planet is truly a Little Bit of Beauty™!

© 2014 TTTT. IDX information on this website is provided exclusively for consumers' personal, non-commercial use and may not be used for any purpose other than to identify prospective properties consumers may be interested in purchasing. All listings held by brokerage firms other than the owner of this website are identified in the listing details. The listing data on this website is deemed reliable but is not guaranteed accurate by the MLS. The MLS and its affiliates provide the MLS content "AS IS" and without any warranty expressed or implied.

Powered By Inside Real Estate

We'll send you a notification of the showing appointment.

Know as soon as properties hit the market!

Your use of the site is subject to the site's Terms & Conditions. We protect your information, and use it to communicate directly with you from our team or our partners only. You can un-subscribe at any time.

Save Your Full History

Register below, and you can access your full search history at any time!

Listing was saved, but register to make sure you can comeback and see it again.

Register below to access and search all sold listings!

Change the website to your language using the language selector below: